Route Features:  Starting near the ocean in Playa Del Rey, the route travels mostly through residential neighborhoods in a large inland rectangle that surrounds Marina Del Rey, followed by 2-3/4 miles of flat oceanfront walking. This route is one of the flattest on the entire LA Loop, with just over 1,100 feet of climb in 20 miles or roughly 55 feet per mile (that’s an average grade of only 1%). This is sparse stair country, and we traverse only 10 stairways in the first 15 miles, then 15 in the last 5-3/4 miles. The longer two stairways of 73 steps in Palms, and 97 steps in Mar Vista are a pleasant surprise, but other than that, it is a lot of pleasant and flat urban walking, with a visually interesting visit to the Santa Monica Pier and Tongva Park near the end.

Transit Connections:
Finish to Start: From the finish at the Downtown Santa Monica Expo Line Station, cross 4th to the south (ocean) side, and walk 1/4 mile SE on 4th just past  Civic Center drive to the Bus Stop and take the Santa Monica Bus Line 18 south to the stop at Admiralty Way and Via Marina. From there, take the Metro Bus Line 108 south to the start at Culver Blvd and Vista Del Mar.

DTLA to Start: From the corner of Flower at 7th at the Metro 7th Street Station, take the Metro Silver Line Bus south to the Manchester/Harbor Freeway Station. Go downstairs to street level and take the Metro Bus Line 115 west to the start at Culver Blvd and Vista Del Mar.

Finish to DTLA: On the return trip, Take the Metro Expo Line Train from the Downtown Santa Monica Station to the 7th Metro Station, which connects to the Metro Red Line Train and Metro Blue Line Train. 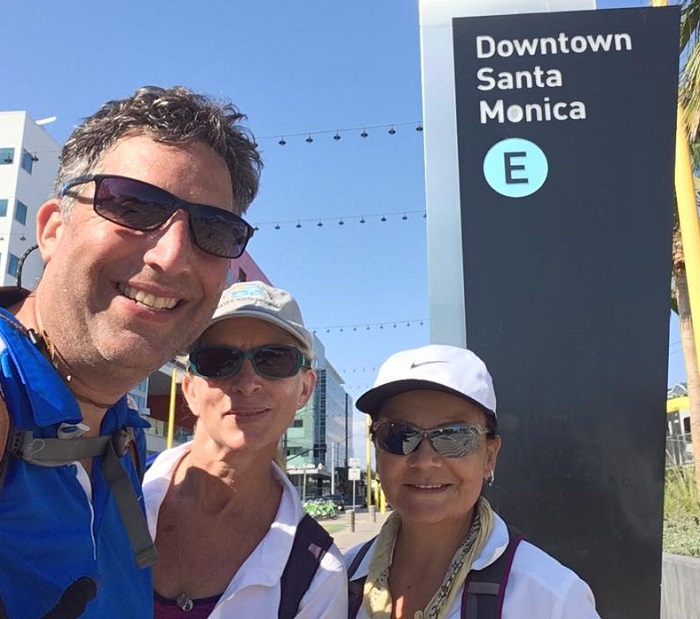 Congratulations, you have reached the 20.75 mile mark, and the end of the segment!